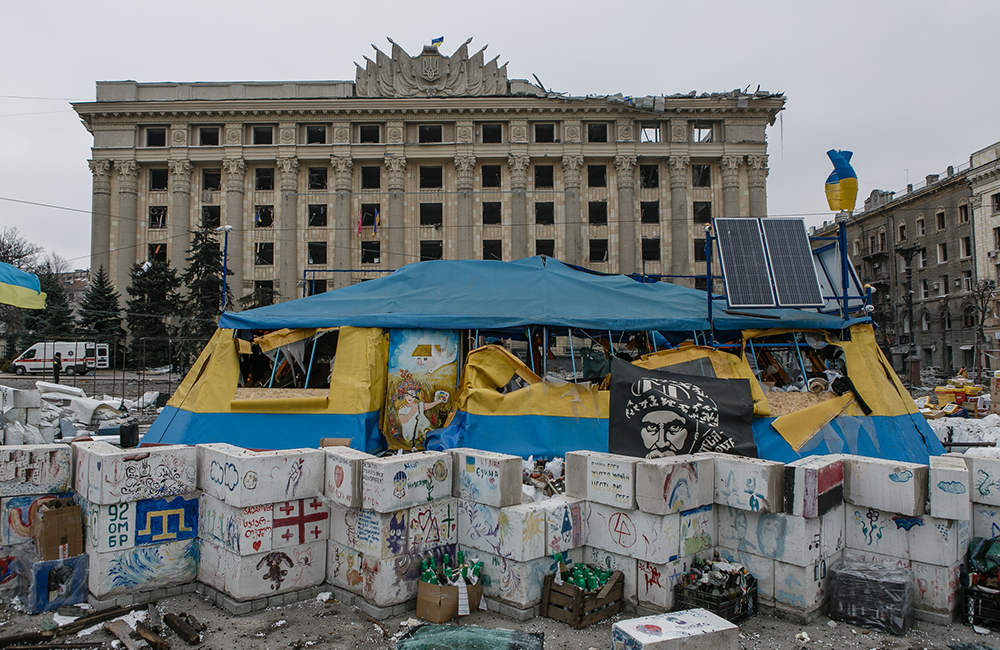 Ukraine announced Wednesday that it has successfully pushed back Russian forces and recaptured villages north and northeast of Russian-occupied Kharkiv in a counter-offensive that signals a new phase in the Russian invasion of Ukraine.

This comes as the press officer for the 92nd Separate Mechanized Brigade Tetiana Apatchenko said that the primary Ukrainian force in the area confirmed that Ukrainian troops have recaptured Cherkaski Tyshky, Ruski Tyshki, Borshchova, and Slobozhanske settlements, located north of Kharkiv, in the past few days.

Kharkiv has been under constant bombardment from Russia since the invasion began on February 24.

Russia has launched a major offensive in the past weeks to capture most of the Ukrainian territory in the eastern part of the country, with little success.

The latest Ukrainian offensive is seen as the fastest and the most successful since the offensive that forced Russia to withdraw from the outskirts of the Ukrainian capital of Kyiv last April.

With the Ukrainian counter-offensive gaining traction, it might signal a shift of momentum for the war, which has been ongoing for the past three months. (GFB)