COMELEC, LENTE and Meta Gear Up for 2022 Presidential Polls
Advertisement

COMELEC, LENTE and Meta are launching a digital literacy campaign to encourage Filipinos to Be W.A.I.S. and to take a moment before reacting or sharing social content.

Meta, formerly the Facebook company, COMELEC, and the Legal Network for Truthful Elections (LENTE) announced the launch of a digital literacy campaign, “Be WAIS and Teka Moment.” The campaign reminds people to pause and think critically before sharing information online and also includes tips on how to spot fake news and how to engage in respectful political discourse on social media. 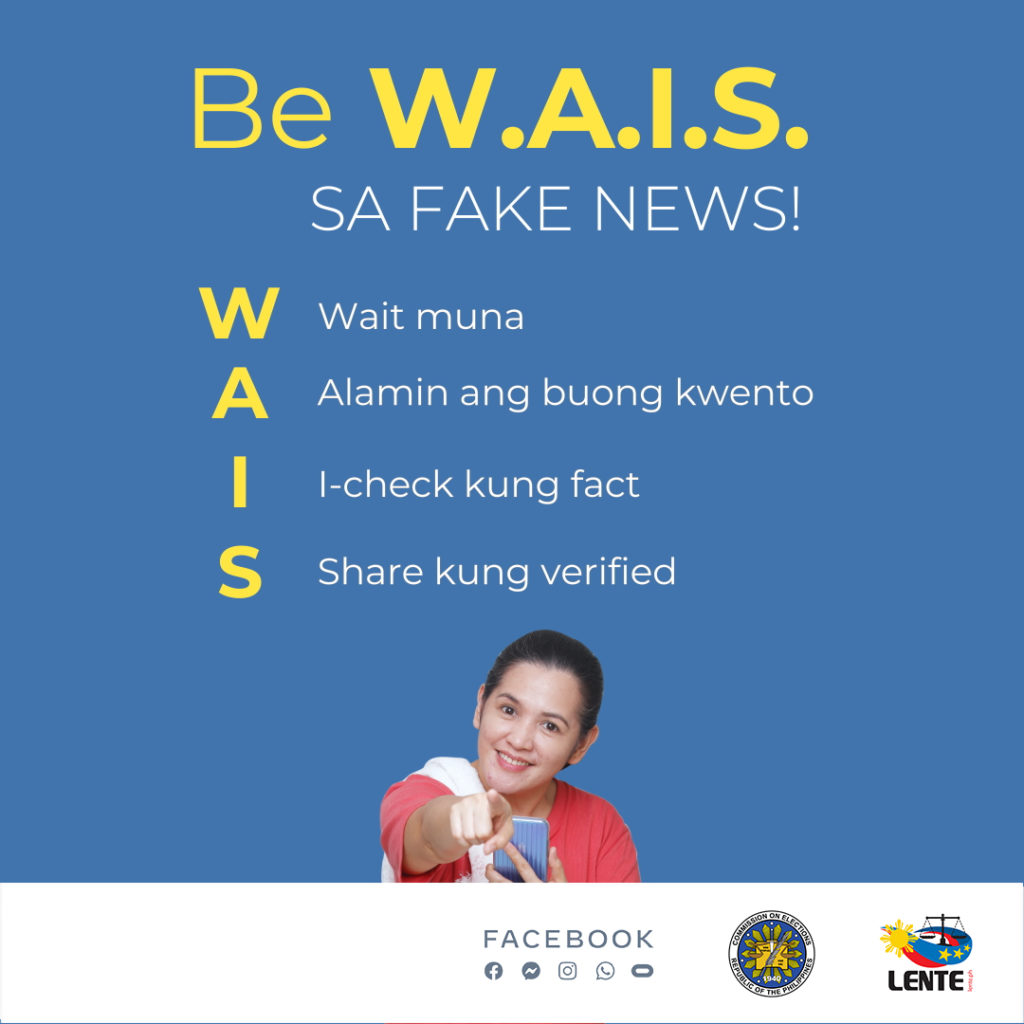 The “Be WAIS and Teka Moment” campaign is part of a series of initiatives led by Meta in partnership with COMELEC, which includes a voter registration campaign that ended last October as well as ongoing training for COMELEC personnel and officials on digital security, online safety and how
they can use Facebook and Instagram tools for their voter education initiatives.

“Social media platforms like Facebook play an important role in providing Filipinos with timely information about when and where to vote. We launched a voter registration campaign on Facebook, and around the same period received over 1.9M registration applications, more than double the daily average of registrations we received before the campaign. Together with Meta and all our partners, we are committed to promoting digital literacy especially among new registered voters for the upcoming presidential election,” said James and Director for Education and Information at COMELEC.

The voter registration campaign ran on September 23-29 and October 26-29 on the Facebook app, and received over 10 million clicks. It led people to more information on how and where to register in COMELEC partners’ websites- Vote Pilipinas and Magparehistro ka!

“We look forward to working with COMELEC to support well-informed voter engagement and digital literacy. We aim to empower Filipinos with the skills and the tools to be more critical around information they find online, and to be able to hold respectful digital discourse. We’re working closely with COMELEC and our partners from civil society, and year’s vote,” said Clare Amador, Head of Public Policy for Facebook Philippines.