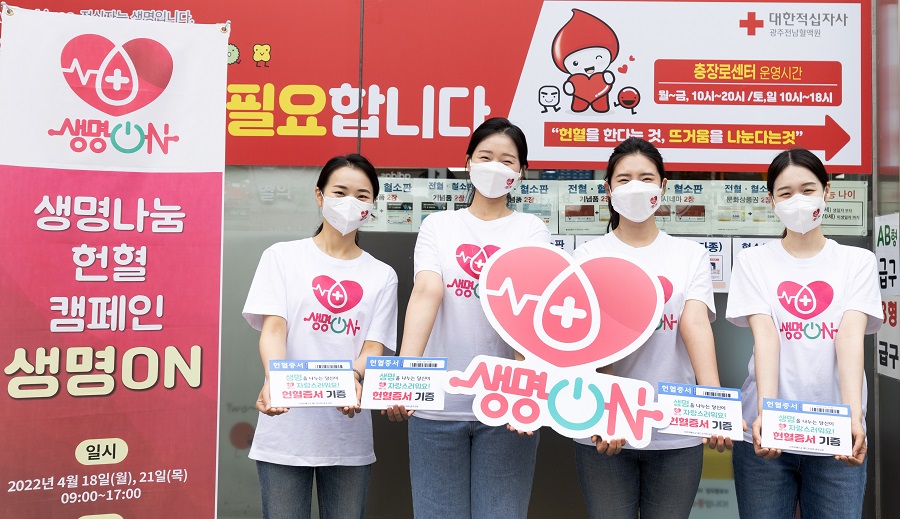 South Korea’s state of ‘blood shortage emergency’ in which emergency patients were unable to receive a blood transfusion, and the blood donation rate steadily decreased from 5.7% to 5.0% over the past 5 years since 2017, has been resolved by the blood donations donors from the Heavenly Culture, World Peace, Restoration of Light (HWPL), and church members of Shincheonji Church of Jesus with an unprecedented contribution to the nation’s crisis.

The blood donation drive from April 18 to May 1, has surpassed its goal and has collected more than three times the average daily use of blood in all medical institutions in Korea. Within just 14 days, 18,478 church members, above the original estimate of 6,000, completed the group donation, while over another 9,000 members volunteered in other capacities.

“When the impact of the Omicron reached its peak, Shincheonji Church of Jesus launched a large scale of blood donation. It was like rain during a drought. We are surprised that the number of donors exceeded 6,000 in 3 days and more people participated. We appreciate their life-saving dedication,” said Namsun Cho, head of the Korean Red Cross Blood Services.

“They did a really great job in the life-sharing movement. This scale is equivalent to one army corps donating blood for a year. The number of blood donors is nearly four times the number in a normal day, a great help in overcoming the current blood supply crisis,” said an official from the Blood Services.

In South Korea, blood donation certificates are issued to blood donors, which can be used when paying for a blood transfusion so that the transfusion fee to patients is deducted. All the donors of Shincheonji Church of Jesus and HWPL also donated their certificates to alleviate the financial burden of patients who need blood for treatment.

People’s Wishlist for Newly Elected Mayors in their City