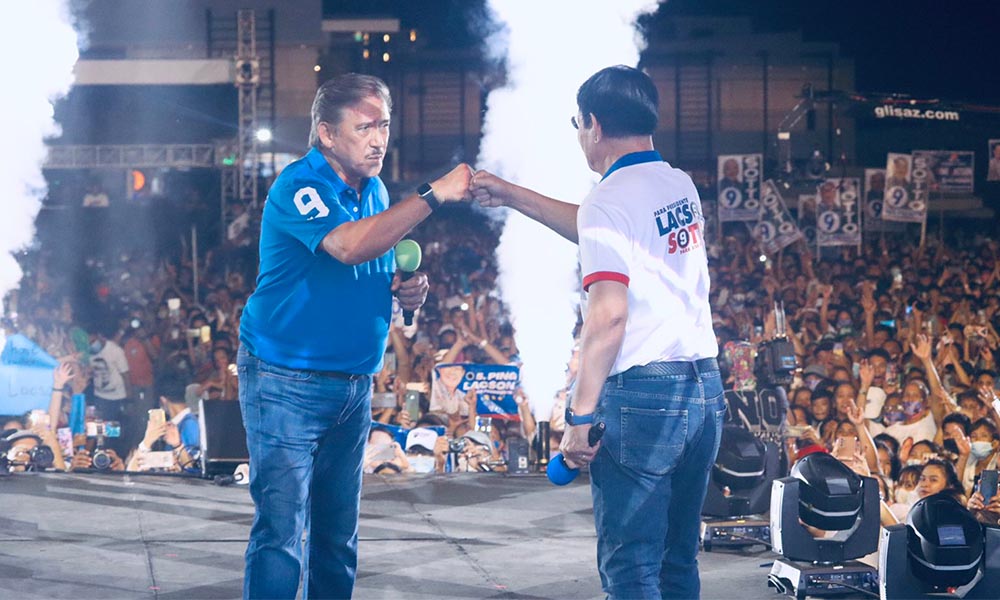 After it became clear that the lead of former Senator and presumptive president Ferdinand “Bongbong” Marcos Jr. would be insurmountable, Senator and presidential candidate Panfilo “Ping” Lacson and his running mate Senate President Vicente “Tito” Sotto III conceded on Tuesday.

Now it seems like they’re at peace and once again living normal lives, apart from their senatorial duties.

After Lacson acknowledged the lead of Bongbong Marcos Jr., he tweeted that he’ll spend time with his family, as Facebook posts of his son Panfilo “Pampi” Lacson Jr. shows his father in all smiles, wearing civilian attire, and harvesting root crops.

He said earlier that he intends to go back to his home province of Cavite and do vegetable farming.

Sotto’s Facebook page published a video of the Senate President playing golf, one of his preferred sports.

Sotto will end his term next month but still has work on his plate as Congress prepares for the official canvassing of votes for the presidency and vice presidency. He named seven senators to serve as members of the National Board of Canvassers, which includes congress members. (GFB)