Oil Prices in the Country Continuously Increase for 1 Month

Over P1.5 Worth of Drugs Seized, 43 Nabbed in Talisay Op

PH Congress Will not Fund PH-Russia Oil Deal, but Not Due to Russia's Invasion of Ukraine 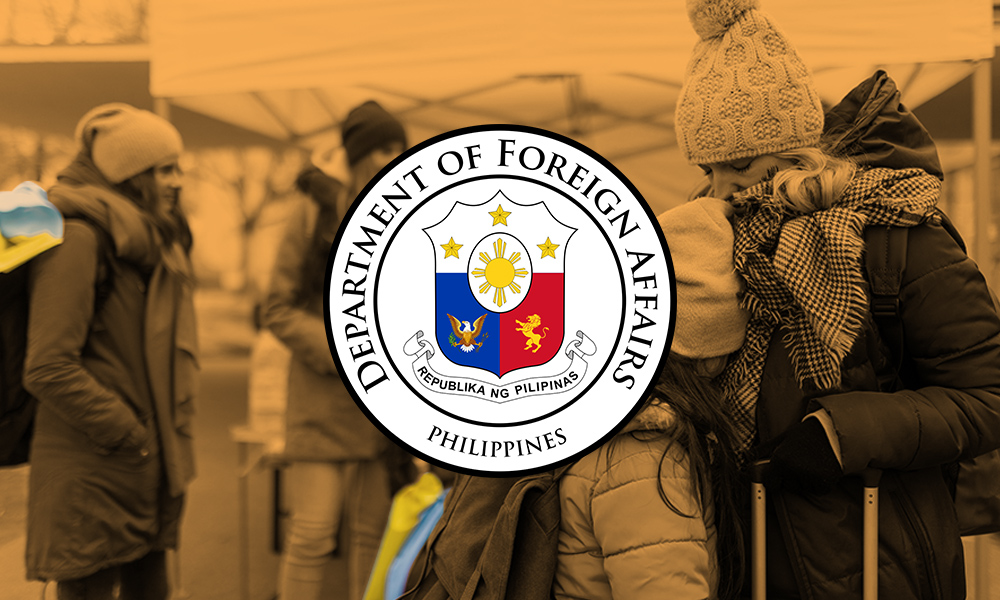 Department of Foreign Affairs (DFA) Secretary Teodoro Locsin Jr. said Tuesday, June 7, that the Philippines is “now receiving” Ukrainian refugees that were affected by the Russian invasion of Ukraine.

Teodoro announced this during the celebration of the 50th anniversary of the diplomatic relations between the Philippines and Romania via Zoom in a streamed feed by the University of the Philippines’ Internet Television Network.

The DFA chief said that the Philippines is grateful to Romania for opening their borders to Ukrainian refugees.

“The Philippines is deeply grateful to Romania for opening its borders to refugees fleeing the Russian aggression against brave Ukraine,” Locsin said.

He added that the Philippines is now receiving the refugees, without further elaboration on the matter.

“We are now receiving them,” Locsin added.

Just days after the Russian invasion of Ukraine started, the Philippines was quick to announce its acceptance of refugees from Ukraine, as Department of Justice Secretary Menardo Guevarra said that the Philippines is accepting Ukrainian refugees.

EO 163 formalizes the organization of the Inter-Agency Committee on the Protection of Refugees, Stateless Persons, and Asylum Seekers.

The Philippines is a signatory to the 1951 Refugee Convention, its 1967 Protocol, and both the 1954 and 1961 Statelessness Conventions.

Moreover, the Philippines also made pledges during the Global Refugee Forum and the High-Level Segment on Statelessness.

This has not been only the time the Philippines accepted refugees in times of conflict, as according to the UNHCR, the country has “served as a safe haven for nine waves of refugees in the past.”

This includes refugees of World War I when the first wave of 800 “White Russians” came to the Philippines fleeing persecution from “Red Russians,” or supporters of the Socialist Revolution of 1917.

During World War II, over 1,300 Jewish refugees who escaped from Nazism considered the Philippines their safe haven.

From 1936 to 1939, Spanish Republicans who had fled from the fascist Falange Española of General Francisco Franco were accepted in the Philippines as refugees.

Filipinos welcomed some 30,000 Kuomintang members fleeing the mainland during the Chinese Civil War.

Other refugees that the Philippines accepted include a second wave of “White Russians,” Iranians who fled the Iranian Revolutions, East Timorese refugees during their struggle for independence against Indonesia in 2000, and refugees from neighboring Southeast Asian countries escaping numerous regime changes since the 1980s.

“Following this long tradition of offering asylum to refugees forced to flee their countries from war, conflict, and persecution, history looks on fondly on the Philippines’ goodwill towards asylum seekers,” the UNHCR said. (GFB)